Jack Harvey Ready to Get the Season Started 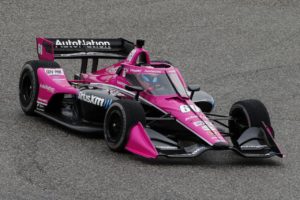 The long awaited full-season effort by Meyer Shank Racing and British driver Jack Harvey will finally come into fruition this Saturday at Texas Motor Speedway as he’ll hit the 1.5-mile oval for the first time in his NTT IndyCar Series career.

Although there’s some excitement from Harvey, the time period for INDYCAR has been rough as COVID-19 pushed back the championship trail from March 15 at St. Petersburg to now June 6 at Texas.

However, the 27-year-old veteran sees the late start as nothing different from the previous three season when he ran a partial schedule. Something both he and car owner Michael Shank have worked hard on during the delayed start to the season which was finding positives.

“One thing that Meyer Shank Racing team and myself have been used to the last few years is missing races and having gaps in the schedule,” said Harvey during Monday’s video conference. “For us in a lot of ways, I’m not going to say it’s normal, but the thing that was going to be new to us this year was doing every race on the schedule, which we are going to do. We’re definitely used to having the gaps, last two years being only part-time, but now obviously that’s changed.

“I think the mentality of it, like I said to the guys as well, we really should be able to use this as a positive. Ultimately I think, not just for me, but for everybody on the team, everyone is excited to try to turn the page and get back to the racetrack. At the end of the day we’re here to race. We want to do the best we can. Excited, probably more excited now than how we felt in St. Pete in a lot of ways.”

During the pandemic, Harvey and the entire No. 60 AutoNation Honda crew has been taken care of by the Shank family, which he’s found very admirable and a total reflection on Michael and his wife, MB, as human beings.

“The morals that they try and live by are very simple but so rare and unique. Just how he is at the track is how he is away from the track,” Harvey on the Shank family. 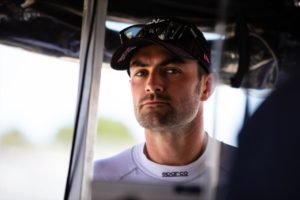 “You can tell that his team, or their team, as a couple, mean the world to them. They always treat everybody very fairly, with a lot of respect. As soon as all this came about, we never shy away from difficult conversations, but I’m just proud to be associated with Michael really. He’s such a great guy. MB is such a lovely lady, too.

“It’s no surprise, mate, to see him behave this way, see them behave this way. It’s just who they are. I think we actually should be extremely proud to be a part of that race team.”

The Genesys 300 will be unique due to the fact it’ll be the first major racing series in North America hosting practice sessions, highlighted with an 30-minute rookie session and an 80-minute run for the entire grid. Following those sessions, they’ll head straight into qualifying before finally taking the green flag.

Harvey does have expectations on how to navigate Texas, but remains extremely grateful having state based Andretti Technologies as a technical ally.

“I think it makes us grateful for the people we have around us and the partnerships we have in place,” said Harvey.

“In terms of how much we can take from a session like that, I mean, we’re going to have to take a lot out of it. I think that’s the mentality. On a normal weekend it could be difficult to really get through as much as you want to.

“It’s the only track time we’re going to have. Is it an hour, 80 minutes, whatever it is, of open practice, plus extra 30 minutes for the rookies. It’s going to be everything we can get. We’ll do our single-lap qualifying sessions then straight into the race.

“It’s not going to be a case of we want to get a lot out of it. We’re going to have to go and get as much out of it as possible. At the end of the day we can find out how much we exactly took out of it.

“The mentality of going there is to maximize as much as we can, be as realistic as we can, but also it’s the same for everyone, so we really just have to go and do the best we can do.”

“If motorsport or sport is the thing that can help unite people, just to make current situations even 1% better, I would go to Texas tomorrow,” said Harvey. “I would get on a flight now and I would go because it’s just something that the world desperately needs, some unity right now.”

Additionally, he’s felt in much greater shape than he would’ve been in March, which will pay dividends on his physical and mental progress.

“Personally, I feel extremely ready for the season to be starting,” said Harvey. “Physically I feel in better shape than what I was going to do in St. Pete. I think that’s the truth. Mentally I feel 10 times better.”