In the World of Dr. Jerry Punch By: Candice Smith

Doctor, commentator, father, Dr. Jerry Punch is many people. If you have spent any time in the last 30 years watching college football and/or NASCAR on ESPN, TBS, or local radio affiliates in Knoxville, you have been exposed to Punch. 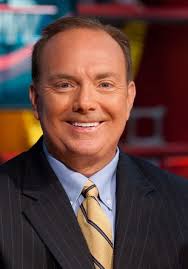 Formally trained to be a physician, Punch served as an emergency room doctor from 1982-1986. The following six years Punch worked tirelessly with 14 other physicians to provide emergency services to patients throughout Central Florida under the group he created called LL. Punch & Associates.

But like many accomplished people, Punch’s desires reached further than his primary vocation. In addition to his doctoring, Punch embarked on a broadcasting career that started on radio in 1979 and crossed over into television on the iconic program “ABC’s Wide World of Sports”. 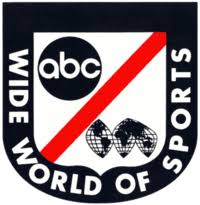 Those days of racing coverage on television were nothing more than highlights clips which merely whet the race fans’ appetites and left them craving so much more.

Punch honed and cultivated his skills and became known for his seemingly effortless grasp of knowledge, interviewing skills, and preparedness.

In 1984 ESPN acquired Punch. ESPN had totally revamped watching racing coverage on television. The cable channel brought the scope of NASCAR into view for a country. The masses were familiar with The Great American Race, the Daytona 500, because it was shown on network television, but tracks like Martinsville, Darlington, and Bristol were brought to their attention as well thanks to ESPN.

So how and why did Punch intertwine his two passions? Punch has relayed that in medical school it was explained that a high suicide rate exists among physicians due to high stress situations. His professors all recommended hobbies that provided relief from the constant stresses of being a physician. Whereas others took up golfing or tennis, Punch was a Carolina boy who was raised watching racing. It seemed perfectly natural to him to spend his “free time” in and around the sport of racing.

Throughout his broadcast career Punch was called on to save the lives of several people. Most notably was NASCAR Hall of Famer Rusty Wallace after he suffered a fantastic wreck at Bristol. Punch explained, “Rusty somersaulted and flipped and rolled at Bristol. The top of the car was compressed. He wasn’t breathing. He had blood trickling out of both sides of his mouth. I managed to get an airway open while they cut the roof of the car off. We were able to suction him out, get him to an ambulance and get him resuscitated so he could breathe.” 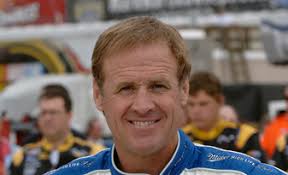 During the Induction Ceremony to the NASCAR Hall of Fame last month, Wallace relayed that story to a rapt audience. It’s evident how deeply their connection runs.

In addition to saving lives at the racetrack, Punch has used his medical knowledge to explain injuries to the race fans during broadcasts and has even lectured in recent years about such hot-button topics as head injuries.

When ESPN lost coverage of NASCAR to other networks – a frustrating time for Punch and his colleagues – Punch began covering college football for the cable network. But since ESPN has reignited a working relationship with NASCAR again Punch has been happy to work at the same network with his Newton-Conover High School friends Dale Jarrett and Andy Petree. In the distant past they had worked on Jarrett’s first racecar together. Each man carved a career in NASCAR, Jarrett as a winning driver, Petree a winning crew chief, and Punch a well-respected commentator and pit reporter. Now all three men work together at ESPN.

Punch has had to say good bye to many in NASCAR over the span of his career. From Dale Earnhardt to Davey Allison, Alan Kulwicki to Neil Bonnett, and co-worker on ESPN Benny Parsons, there has been a lot of sadness. Whereas these were icons and heroes to the fans, they were Punch’s dear friends.

Still Punch seems, well, pleased as punch to still be able to do his job, surrounded by friends, and share his love of the sport. Even sour-tempered drivers like Kurt Busch don’t seem to faze Punch. He can name other drivers who have exhibited hot tempers, names like Kyle Busch, Tony Stewart, and even Darrell Waltrip back in his era. Punch understands that the immediacy of their emotions after racing hard with so much on the line can lead to outbursts. Punch tries to always be a fair and impartial interviewer doing his job to connect viewers to the drivers. 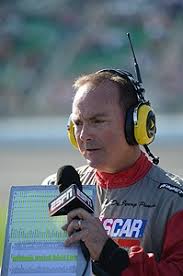 In addition to all of his professional endeavors Punch has a family life, a wife and two children, who bring him much joy.

There is still much left to be written about Punch. His story is still unfolding. Punch is a fixture in the NASCAR world and a man whose professionalism, humanism, and graciousness I admire and hope to emulate.

It is with great pleasure and anticipation I announce that Dr. Jerry Punch will be a guest on Drafting the Circuits on Wednesday, March 13th.