Five Indy 500 Records That Could Fall This Year

Tracking stats and keeping records is nearly as old as automotive competition itself. Records, after all, are meant to be broken, and its a tremendous accomplishment for any driver to be No. 1 on a list.

The Indianapolis 500 is unique in the motorsports world in the fact that it keeps its own set of stats and records separate from those associated with seasons of the various sanctioning bodies that have presided over the years.

The Indianapolis Motor Speedway is the only motorsports facility to have employed a full-time historian. That position was created in 1998 and granted to the wonderfully brilliant Donald Davidson who had spent the prior three decades working as a statistician for USAC. Although Davidson is officially retired these days, you’ll still catch him around the Speedway occasionally and on the lecture circuit.

With that being said, lets take a look at some of the more intriguing Indy 500 records that may indeed be broken this Month. 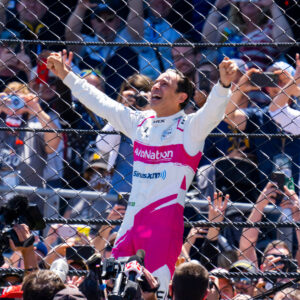 It was back in the early 1990s when this record was last in jeopardy of being surpassed. Fresh off a fourth 500 win in 1991, Rick Mears was in the 1992 field with the potential to become the first five-timer. Instead, his day ended in the wall. He retired from the cockpit later that same season.

Another four time winner, Al Unser, was also entered in 92 with a shot at five. He would finish third that day. Unser returned in 1993 but again fell short of getting the elusive fifth win before hanging up his helmet for good.

The record of four wins was first set in 1977 when Texan, A.J. Foyt won his fourth. The feat was equaled by Al Unser in 1987, Mears in 1991 and most recently, this past year by Helio Castroneves.

Castroneves is back with Meyer-Shank, the same team that delivered the win last year, he has a solid teammate and good friend by his side in Simon Pagenaud, and he remains incredibly fit and sharp despite being one of the “older” guys on the grid.

Of course, winning back-to-back 500s is no easy task and it remains a rare occurrence. We haven’t seen back-to-back wins since 2001-2002. The driver to pull off that feat was none other than Helio Castroneves. 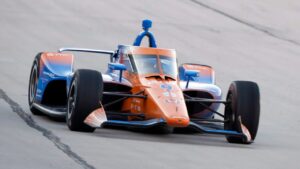 The driver with the most laps led in the Indianapolis 500 over their career is the late Al Unser Sr with 644 circuits at the front. In 1987, he surpassed Ralph DePalma for that title besting a record that had stood since 1921. By leading laps again in 1988, 1992, and 1993, he put some distance between himself and DePalma. DePalma remains in second place with 612 laps.

Third on that list, with 570 laps led, is an active driver with a shot at leap-frogging both of the aforementioned drivers into first place. That driver is Scott Dixon. Yes, despite the fact that he only has one win to show for it, Dixon has racked up an incredible amount of laps at the front of the 500. Seventy five-laps in the lead of this upcoming 500 will cement Dixon at the top of that list. 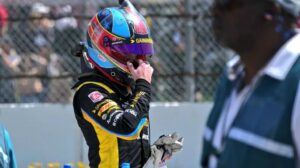 With the growing youth movement in motor racing during recent years, its seems unfathomable that Troy Ruttman”s record of youngest Indy 500 winner has held for 70 years. At 22 years and 80 days old, Ruttman won the 500 in 1952.

Of course, Indianapolis is the type of race that rewards experience. There are a host of drivers, including Foyt, Rutherford, Unser, Johncock, Sato, and Castroneves who put on stellar 500 performances while representing the over-40 crowd. Similarly, drivers in their mid to late 30’s like Kanaan, Franchitti, Hunter-Reay, Power and Pagenaud have taken the win based on their experience and skill.

Nevertheless, there are two drivers in this years field that are both younger than Ruttman was in 1952. Those drivers are Rinus VeeKay and Colton Herta. Both of these guys are Indycar race winners, both are with teams that have great track records at Indianapolis, and one of these two may actually pull it off. 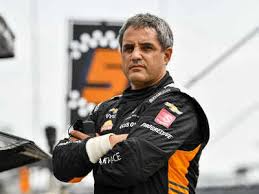 This record was broken this past year by Helio Castroneves and it currently sits at 20 years between 2001 and 2021. The former record was held by Al Unser with his first win coming in 1970 and his last in 1987. Obviously, Castroneves could extend his own record with another win. However, with that being a set of back-to-back wins and a fifth win overall, this record would likely be lost in the shuffle.

Now, there is one driver in the field that can eclipse the record. This would be Juan Pablo Montoya who is entered this year in the Arrows McLaren car. This would push the record to 22 years with Montoya’s first Indy win coming back in 2000.

Most Starts Before First Win 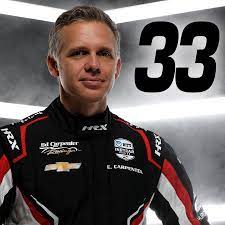 Sam Hanks first arrived at the Indianapolis 500 to attempt to qualify in 1939. He would finally win the race in 1957 in his 13th try (track closed during WW2). This stands as the record of the race winner with the most starts before getting a win. Certainly, many drivers have had more starts  and have never seen the win.

There are a couple of veteran drivers in this years field that have gone winless in the 500 so far. Should any of them win later this month, they will knock Sam Hanks down a notch. Those drivers are Ed Carpenter, who will be making his 19th start, Marco Andretti in his 17th, and Graham Rahal will be making his 15th.

Each of these guys have shown considerable speed at the Speedway in the past and they are all employed by teams that are capable of winning. It will be interesting to see if their experience puts them in a position to end the streak.

Of course, there are other records that could fall: Average Race Speed, Number of Cautions, Qualifying Average Speed, etc. The 106th Running of the Indianapolis 500 will take place on May 29, and be broadcast on NBC.