Professional racing is big business these days, and it has been that way for decades. Many of the folks you will find hob-knobbing in the pits, garages, and hospitality areas at the race track are there because they are associated with a big-dollar sponsor that paid handsomely to get their corporate name on a race car. Grass roots efforts are alive and well at your local short track, but nearly non-existent at the top level. 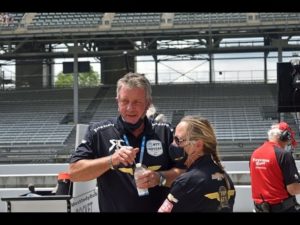 Enter Bill & Stephanie Throckmorton and Top Gun Racing. The Throckmorton’s are the epitome of the little guy trying to break into the big leagues. They established the team in 2019 with their sights set on an Indianapolis 500 effort in 2020.

Covid-19 shutdowns and empty grandstands put those plans on ice for a year, but they arrived at the Brickyard this past May. Unfortunately, they came up just a little bit short of making the field. 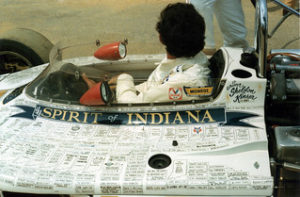 In 1975, Grant King, along with his wife/team manager Doris came up with the novel idea of selling small sponsorship blocks on their Indy 500 entry, dubbed The Spirit of Indiana, to local businesses or fans that cared to donate. Most of the spots were filled out with a black sharpie, but they made the race with Sheldon Kinser.

Fast forward to 2021, Stephanie Throckmorton wanted to replicate this grass roots effort and offered small blocks of sponsorship on the Top Gun Racing car for $1500 and relied heavily on social media to get the word out. The car is slated to run in the Big Machine Spiked Coolers Grand Prix at Indianapolis Motor Speedway this coming Saturday with driver RC Enerson behind the wheel.

This caught the attention of a certain Adam Schrack, who admins a Facebook fan group called Elite IndyCar. This particular group consists of avid IndyCar fans who enjoy discussing the series, past and present. Schrack thought that the group of nearly 9000 members, could easily band together and support this team.

The response from the Elite IndyCar members was immediate and it took less than four days to raise the money with contributions ranging from small to large from enthusiastic fans that were intrigued with the possibility of actually sponsoring an IndyCar.

The group members were treated to a meet and greet at the Top Gun Racing shop in Indianapolis where they were able to see their logo displayed on the car for the first time. While its not the first time, nor will it be the last, that a fan-supported entry is on the track, Schrack and his group will have a genuine stake in this team as they cheer on RC Enerson this weekend.

The Big Machine Spiked Coolers Grand Prix will run Saturday August 14 at 12:45 PM and be televised on NBCSN. 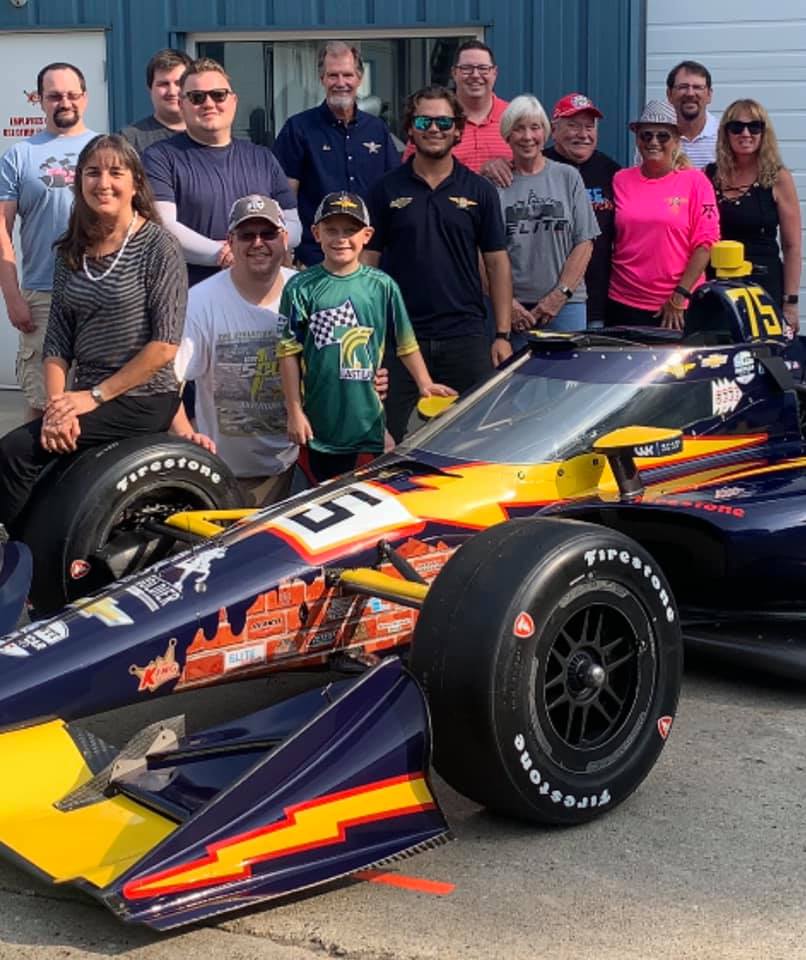