There is no question that Dale Earnhardt was a wizard on the racetrack. His 76 wins and seven Cup championships are proof that Earnhardt is a racing legend.

Earnhardt’s reputation off the track is a huge part of why, 12 years after his passing, his fans still reminisce about him so fondly.

Once again I looked to the many fan sites on Facebook in Earnhardt’s name to gather people’s favorite stories of the man’s off track actions. These compelling tales of kindness, compassion, and recognition serve to illuminate why Earnhardt still holds a central place in the hearts of his adoring fans.

“He was having an autograph session at West Chevrolet Alcoa Tennessee and everybody was lined out the door waiting on him to show up. When him and Richard showed up Richard talked first and said folks I apologize for being late, Dale had scared us to death driving us over from the airport, he has drove like he was racing @ Bristol, I saw speeds over 100 a few times and he passed traffic by going up on the curb and every which way. lol The Folks were lined up for a hundred yards outside and after a hour his manager can’t come in and tell on him that it was time to go, that they had to kiss to pine and fly on to Bristol Motor Speedway. Dale said I ain’t leaving till I see everyone and he probably didn’t because a man I work with had his autograph signed around 11 o’clock at night.” 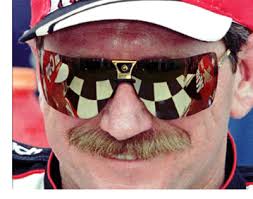 Cathy Ann Brock Manchester remembers, “the time he came to Orlando, Fla, at K92, and I got his autograph! I never will forget that day when I seen him!”

“It was at an open house at RCR ’89. I had an Earnhardt cap signed by the crew. I saw Richard sitting off to the side. Took him the hat for his signature. Told him that I had a spot on it for Dale to sign. He said wait a minute, took the hat and came back a few minutes later with Dale’s signature. I cherish that cap so much.”

“When Dale came to Bowling Green, KY for an autograph session. It was cold and there was a pregnant woman that could not afford a ticket to get in and was waiting outside in the very cold weather. Dale saw her and asked her why she was waiting outside and she said she did not have a enough money for a ticket and it was her wedding anniversary and she wanted an autograph for her husband. Dale said let’s take a ride to the airport and he gave her his jacket off his back and some other stuff and ask if she had a name for the baby yet and she said no and he said Dale is a good name. He was a warrior on the track and a classy guy off the track.”

“The ultimate was when I was at the Mi. track in August of ’98 and got to meet him, shake his hand and sat down with him and had a drink. Now that as awesome.  He didn’t treat me any different then he would have anyone else, and I didn’t treat him different. We sat and had a few drinks and talked about the weather and fishing and hunting. Not one word was mentioned about racing other then he did say about Jr. (I just don’t know what I’m gonna do with that boy, he just won’t listen to anyone). Gotta love it!”

“I also met Dale and Richard. They came to a grand opening for a Chevy dealer in Alaska. I have both their autographs on my copy of the 1994 Winston cup yearbook, the year of his last championship. What great people they were.  NASCAR took a big loss when Dale passed away.” 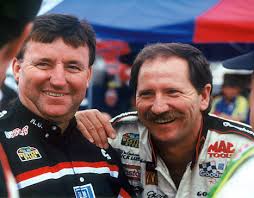 “He made an appearance at Fulton Speedway on one Watkins Glen weekend. After more than an hour of signing autographs, I had a private meeting with him in the office. All went well, talking of his dad’s exploits in the 50′s. When that first race hit the track, he stood up and said, ‘I gotta go. Can’t stand to watch races when I’m not in a car.’”

These samplings are indicative of the myriad ones that exist for Earnhardt fans everywhere. Earnhardt went out of his way to sign autographs, interact with his fans, have a beer, talk about his son, and racing.

A dozen years after his passing the stories about Earnhardt are as fresh and compelling as they ever were. His memory will not be forgotten. His character is still the bar that other drivers in NASCAR are measured. 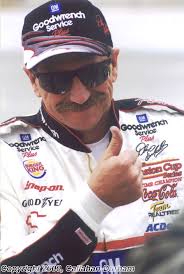 Dale Earnhardt is still the strong fabric that unites a core demographic of NASCAR fans. He is not only remembered today but every day.