Last season’s top competitors were able to conquer multiple tracks in a short period of time. They were able to fight for podiums and race wins, setting themselves apart from the rest of the competition.

More fascinating is the mixed balance of the sport’s elite racers and young guns, each looking to leave their marks. No other sport right now can really say there’s a good parity than the NTT IndyCar Series.

In the final installment of our previews, we’ll highlight the drivers who finished in the top-five last season — Scott Dixon, Josef Newgarden, Colton Herta, Pato O’Ward and Will Power.

Will Power – No. 12 Team Penske Chevrolet 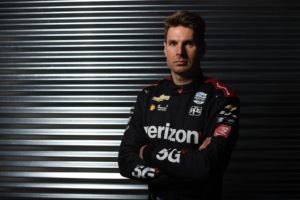 All the talk about Power typically focuses on his pole runs or being vocal about rules and regulations, but he can still get the job done on race day. It was the case during the second half of the season when he scored two wins at Mid-Ohio (Race No. 1) and the Harvest GP (Race No. 2).

When he wasn’t up front, bad luck and controversy plagued the accomplished racer. Most occurring in the first half which negatively impacted his average finish which was 10.1. It was the fourth time it went below ninth in his career.

If Power wants to be in the title mix again, the greatest challenge will be the start of the season. It’s become the greatest flaw to his campaigns the last four years.

“Consistently, whether it’s mistakes on pit lane or mistakes by me, you just — we have to have a solid beginning to the season — I mean, you’ve just got to have a solid season, and that obviously includes the beginning,” Power added.

“I said it last year, it’s a huge focus, and that did not happen for us. This year, again, if we can just have a solid first few races, I think it gives the team confidence and myself confidence.”

At this time last year, O’Ward was simply glad to have a racing opportunity. This was after spending 2019 around the world without any direction following stints with Carlin and Red Bull’s junior program.

A year later, O’Ward is viewed as the favorite to become the next first time winner in IndyCar. He came close in the second race at Road America, only for his tires wearing out and lapped traffic hurting his chances. Rather than him scoring the big win, it was his now teammate Felix Rosenqvist who got his first victory.

The momentum stayed throughout his first full season, highlighted a sixth in the Indy 500 and two more runner-up efforts. Those runs kept him in the hunt of finishing in the top-three in points, but a 22nd in the first Harvest GP cost him dearly.

Despite coming up five points shy of finishing third in points, expectations were exceeded and poised to be stronger.

O’Ward said one of the big reasons wins were hard to come by boiled down to pit stops. Notably, the first race at Gateway where he led 94 laps until a slow stop demoralized his winning run.

“I lost a lot of my race wins because we didn’t execute in the pits, and that’s huge. I feel like our pace was very, very strong. I think we were very strong in many places that we went to all year,” said the 2018 Indy Lights champion.

“But where we need to push this year, and we may need to make sure if we have a mistake it has to be minimized, is in the pits, and me as a driver just do my job. I know that if we can accomplish that, we will get race wins because if the pace is there.

“Just like last year but maybe even a little bit better, qualifying further up front should make it easier on us, every single pit stop, execute, execute, execute. I think that’s what’s going to make us be in contention by the end of the year.” 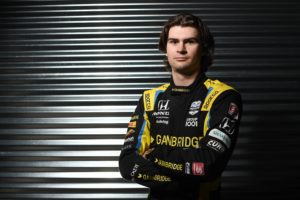 Minimal mistakes was critical for Herta if he really wanted to really prove his worth in the sport. Aside from a disastrous Iowa doubleheader where he took off in a bizarre restart crash, he got the job done.

Despite only scoring a single win in the second Mid-Ohio race, the rest of the season was about being consistent. Something that was next to non-existent at one point in 2019.

When other competitors who’ve been in the sport much longer struggled, Herta would capitalize. It’s why he was able to end up third in the final standings thanks in large part of racking up top-10s in all but three races.

This season will be different for the 21-year-old. He’ll no longer have George Steinbrenner IV and Mike Harding as his main co-owners. Instead, he’ll be driving for the main Andretti Autosport squad.

A change of environment were evident and perhaps created a new challenge. He’s driving the No. 26 Honda previously driven by Zach Veach, who’ve achieved little success.

With Herta taking over the ride, it symbolized there’s no room for error. Everyone must perform beyond expectations if Andretti Autosport wants their first title since Ryan Hunter-Reay in 2012.

“It’s a little different,” Herta on the changes. “What’s kind of been nice, now my dad is actually my strategist, which I don’t think — a lot of people didn’t know that. It’s very unknown in the media. Yeah, I’m looking forward to that.

“Obviously I lost George and Mike. I’m very grateful for what they did for me to get me into INDYCAR. But looking forward this year, working with the whole Andretti crew, also my dad, which is going to be a big change for me.”

Herta mentioned that he wouldn’t be in the sport if he didn’t expect to be fighting for championships. To get it done in his third full year, race wins must increase.

“I can’t be winning one or two races a year and winning a championship. You need to be winning three or four races. That’s kind of my goal is to try to get to that number,” Herta commented.

“That’s been the trend the last few years for guys that have won the championship, is they’re winning four race as year. When they’re not winning, they’re finishing on the podium.

“I have full faith in myself and in the team that we can do it, but it’s going to take a lot of effort from everybody.”

Newgarden’s second attempt of retaining the No. 1 ended up just a spot short in spite of scoring four wins.

While he was the best driver in the second half of the season, it wasn’t enough to stop Scott Dixon from winning his sixth title. The same guy he lost the title to in 2018.

On paper, his two non-top-10 starts and finishes were the difference. Now, it doesn’t matter for the Tennessean, who put 2020 in his rear view mirror. However, he was able to reflect on the woes that denied him a third title.

“I’ve tried to wipe last year from my memory as best I can, at least the tough parts. I felt like our momentum was quite consistent throughout the year, at least from a performance standpoint,” said Newgarden.

“We could just not seem to catch enough breaks. That’s the nature of the beast. Sometimes things just go your way without even realizing why; you can’t seem to do anything wrong. Some years you seem to be on the wrong end of the stick half the time.

“I feel like last year was one of those years. We were just in the wrong place, wrong time, a little too often. You have that happen just one too many times, basically what happened to us is the result of it.”

In addition of fighting for a title, his Indy 500 shortcomings have become the main chatter. He’s the only veteran on the Penske stable without his face engraved on the Borg-Warner Trophy.

Newgarden knows that reducing the deficiencies will be important. Last Friday at Indianapolis, he was fastest in open testing and described improvements were certainly made to help his chances.

“We needed to in the off-season. We all did,” said Newgarden. “Us as a team, I think Chevrolet, we all got together and looked where we were weakest. I think there was a little bit to go around on all sides. They’ve really stepped up.

“We put in a lot of effort. I think we found some good stuff. It’s getting hard nowadays. These gains you’re looking to find are so small. I think they’ve managed to find a decent chunk, which is impressive with how far along we are. Very encouraged with Chevrolet.” 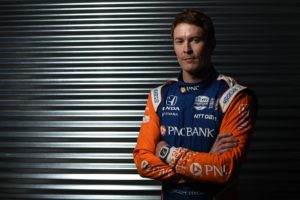 As the old saying goes, if you’re going to hoist the Astor Cup, you’re gonna have to deal with Dixon.

His sixth championship may go down as one of his finest campaigns of an already iconic career. More so when his partnership with engineer Michael Cannon started off magnificent. The duo won the opening three rounds which haven’t been done since Sebastien Bourdais in 2006 (Champ Car).

It would take a mishap for anyone to catch Dixon. Aside from a 12th at Road America, it didn’t happen. Sure, after a heartbreaking loss in the Indy 500, his results weren’t that monstrous. But top-10 finishes were still good enough to put him one title away from equaling AJ Foyt’s record.

Months after leading the championship trail wire-to-wire, the biggest takeaway is that he hasn’t skipped a beat. This upcoming season shouldn’t be any different as Dixon’s goals are a second Indy 500 win and a seventh title.

“It would be amazing,” Dixon on the goal for a seventh title. “Seven sounds a lot better than six, so why not? I’ve never been able to repeat, so that’s goal number one, is to go back-to-back.

“It’s always tough,” Dixon continued. “I think even to win the last two out of three has been pretty exceptional for our team, and it’s been fantastic for PNC and welcoming them to the sport and onboard the 9.

“To me it would mean everything to me to be able to do that. I think even to get the sixth was — in the current landscape is extremely tough and very difficult to do. Very proud of that. The obvious goal is to add to that. That will be what we’re trying to do.”

This Sunday, the latest championship trail will commence at Barber Motorsports Park in Alabama. Live race coverage of Round 1 of 17 begins at Noon ET on NBC. Originally published on Motorsports Tribune