Specialists are common ground in the NTT IndyCar Series. Some are simply running a partial schedule because teams are focused with their main drivers or developing their operation. More recently, others are filling in drivers who aren’t keen on running ovals. 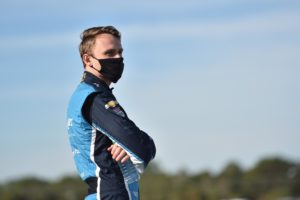 Since 2019, Chilton has all but distanced himself from running ovals following a series of incidents that impacted careers and lives. The main exception being the Indianapolis 500, the site of his only top-five finish in 71 IndyCar starts back in 2017.

It’ll remain the same for the British racer who frequently improves each season. Doing so with one of the few teams that aren’t based in Indiana in Carlin.

While none of Chilton’s nine races were top-10s, his average finish was a 15.1, his best since joining the team.

In some ways, the No. 59 team being able to compete during the pandemic may be viewed as an accomplishment. There were some fears they wouldn’t compete at all and had to halt plans of having a second entry.

This season, it’ll just be a single-car operation with Chilton running each race but the Texas doubleheaders and Gateway.

Despite improvements, Chilton felt the organization are behind of their expectations.

“There’s a lot more hurdles, too, that you learn. It’s like anything, there’s always more to it than you originally planned,” said Chilton.

“We’re up against teams like Ganassi (Chilton’s former team from 2016-17), Penske, Andretti have been doing it for 25 to 50 years, and they do have a huge difference in budgets, and that’s a huge part of the INDYCAR.

“I think with what we have and especially now being a single car, I think we do as good a job as anyone else at being a single-car entry,” Chilton continued. “We’re very focused on the things that we can improve with what we’ve got, and I think especially this winter that’s something which hopefully we can prove to everyone in the opening races.” 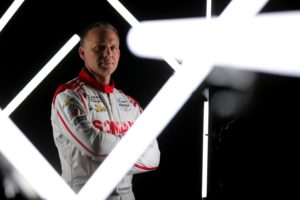 For the eighth straight season, the driver/owner from Indiana will exclusively run on ovals. Only this time, it’ll be the fewest starts of four after Iowa was cut from the schedule and less emphasis on doubleheaders.

The biggest goal for Carpenter is bouncing back from an otherwise disastrous 2020. Some of it were due to crashes, but outside of a fifth at Texas, he only mustered one top-15 finish. To be blunt, speed wasn’t there for the three-time Indy 500 pole sitter.

“We’re constantly working hard to be better there,” said Carpenter. It was just one of those years where things just weren’t going as well as they could have. We learned from it and come back stronger.”

This season will have a nice feeling for Carpenter because he’ll have Conor Daly and Rinus VeeKay back in his cars. He noted that continuity is instrumental, something they’ve struggled since Josef Newgarden left for Team Penske in 2017.

“It’s the first time really in a long time where we haven’t had any driver turnover. Maybe ever,” Carpenter commented. “Within the team itself there wasn’t a whole lot of change, either. A couple changes, but those were all, I think, for the positive.

“I think we’re seeing that already in the short amount of time we’ve been on track. It’s exciting. Continuity is important, when you have the right group, and we feel like we have that.” 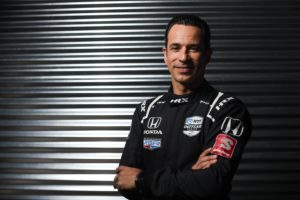 Last October, Castroneves ran for a race team not owned by Roger Penske for the first time since 1999. The team in subject was Arrow McLaren SP at the Harvest GP doubleheader, filling in for Oliver Askew.

The results weren’t anything to write home about because he finished 20th and 21st in those races. Little did people knew, the three-time Indy 500 champion was beginning his life after Team Penske.

Meyer Shank Racing would announce a second IndyCar entry and Castroneves would be Jack Harvey’s teammate.

His schedule is unique as the second entry’s debut won’t debut at Texas, but none other than the Indy 500. It so happens to be the only oval they’ll race as the other five scheduled races are Nashville, the second Indy GP, Portland, Laguna Seca and Long Beach.

Unlike recent years, IMSA isn’t in the equation as his main concentrations are IndyCar and SRX. It’s allowed the Brazilian to help MSR make the leaps and boundaries necessary to climb the series ladder.

“Everybody is taking their time, make sure everything is ready, especially with the car. In fact, the car that I tested, it was actually Jack’s spare car. My car is still in the wind tunnel,” said Castroneves. “You can see the team is doing everything they can when you come to the Indy 500, this car is going to be top-notch, the same level as any other car out there.

“I’m glad and I like to be part of this. With Team Penske I knew it would be okay, so I wasn’t worry about it. Now I’m part of it this development. That’s really cool. I really enjoy this.” 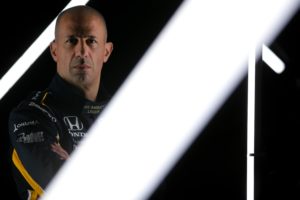 TK’s Last Lap expanded to 2021 after the pandemic altered the intended farewell tour. Only this time, Kanaan will drive for Chip Ganassi once again in the team’s fourth entry. When he’s not racing, it’ll be driven by seven-time NASCAR Cup Series champion Jimmie Johnson.

However, his number of races was reduced due to the cuts on tracks and doubleheaders. Knowing he’ll run four races, Kanaan still expressed his gratitude of having a “green-white-checkered” opportunity and create more positive memories.

“I don’t think I can express how lucky I am and how grateful I am. It’s something I don’t take for granted at all,” said Kanaan. “I also believe that people still believe in my skills. A guy like Chip would just not hire me to fill in just because. There are plenty of good drivers out there to be able to do so.

“Physically I’m a lot better in shape than a lot of people out there. It’s an awesome experience, really exciting to be able to be around a couple more years.”

In the six races he raced for AJ Foyt last year, Kanaan scored two top-10 finishes at Texas and the first Gateway race. Both occurrences were a telling sign that the 2004 series champion can still stellar results. 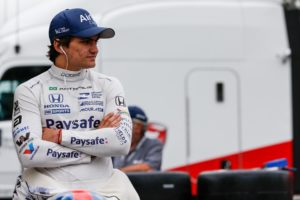 The grandson of two-time Indy 500 and Formula One World Champion Emerson Fittipaldi is back in IndyCar. Like Kanaan, Pietro will exclusively run the ovals while a series rookie will run the road/street courses.

That driver Pietro will co-share the ride is ex-F1 racer Romain Grosjean. In an ironic twist, it was the young Brazilian who drove Grosjean’s Haas F1 ride in the last two races last year.

“I was very happy with my performance,” Pietro on his races at Sakhir and Abu Dhabi. “Speaking with Gunther (Steiner) over the winter, the team wanted to re-sign me. For sure for me to continue with the team for a third season, I’m very happy to do it.”

In addition of continuing being Haas F1’s reserved/test driver, Pietro will have a redemption arc of his own. In his only IndyCar campaign three years ago, Pietro had aspirations of running the Indy 500, but a WEC crash at Spa-Francorchamps dashed those plans.

Fast forward to this year, he’ll have a chance to make his Indy dreams come true. But we can’t ignore how he fared with Dale Coyne following his Spa crash. While Pietro felt that he wasn’t at his max, he still had respectable results with an 11th at Gateway and ninth at Portland.

“I had that feeling I need to come back, really show people what I can do,” said Pietro. “Broken legs, we had some really good results. Before that in the testing we were really strong. To have this opportunity now, it’s a long time coming, so I’m happy.”